I took this at the atomic bomb peace park in Nagasaki- a child glancing sheepishly back as he hitches a lift to the parks crowning memorial statue. A peaceful scene in a peaceful park. See a few blog posts already posted from Nagasaki Peace Park here. 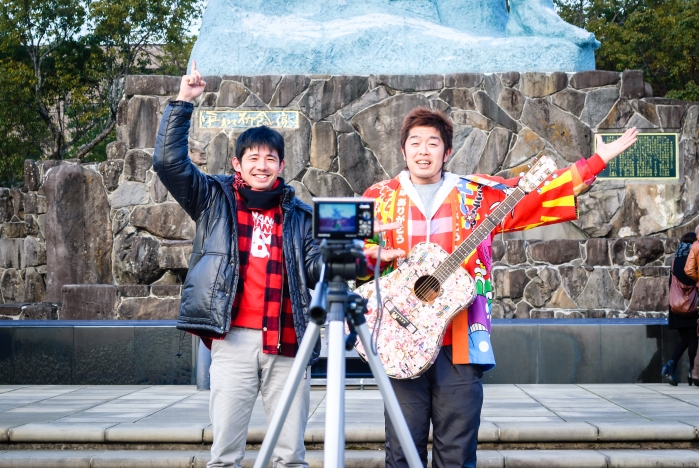 You may have already spotted this colourful character’s cameo in part two. Wandering around the park, he would occasionally stop, eyes closed, to make meditative gestures to the air- an eccentric. He set up a shot to capture himself and his friend with the park’s statue (see part one and two). I thought it might […] 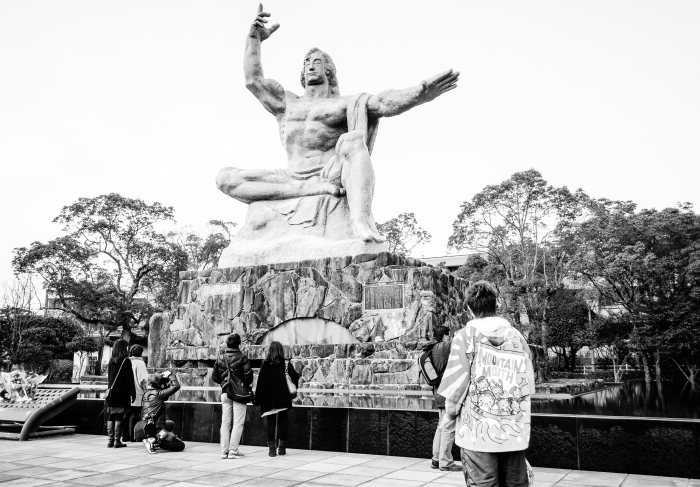 In part 1, I mentioned the memorial statue that towers over Nagasaki’s peace park. Here you can see it up close, a symbol marking a travesty- onlookers gazing in solemn reflection.